On September 8, 2017, a mandatory evacuation order was issued for MacDill Air Force Base in response to the imminent impact of Hurricane Irma. As most MacDill military and civilian personnel began the evacuation, sightings of flying triangles allegedly from MacDill continued to be sighted and photographed, this time with a military helicopter nearby. This raised the possibility that the USAF was conducting classified operations related to the incoming Irma.

The evacuation orders went into effect at 12 pm EST, September 8, and will remain in effect until no later than March 6, 2018.

MacDill is the home of US Special Operations Command, whose covert operations span the globe and allegedly use advanced antigravity spacecraft. 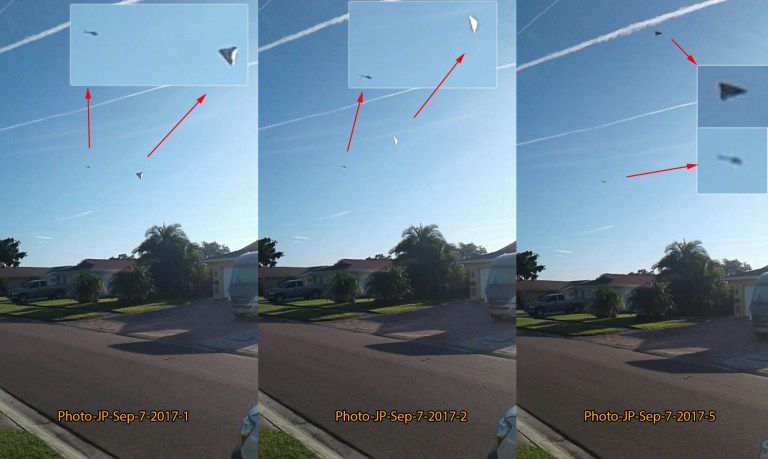 The series of photos clearly show a triangular shaped UFO. Witnesses estimated that the triangle craft was 100 yards from the helicopter, 500 yards away from him, and 300 yards in elevation. He estimated the triangle craft’s size as around 50-70 feet (17-23 meters/yards). All this occurred about 4 miles (6.5 km) away from MacDill.

It could be the TR-3B and it was approximately 600 feet (200 meters) wide according to reports by Edgar Fouche, a whistleblower who has worked at Nevada’s Area 51 facility.

Given the approach of Hurricane Irma, it appears that Special Operations Command is conducting surveillance and possible mitigation operations. The evacuation orders for MacDill AFB exempted those involved in “mission essential” activities, which would include these piloting and maintaining antigravity flying triangle vehicles. 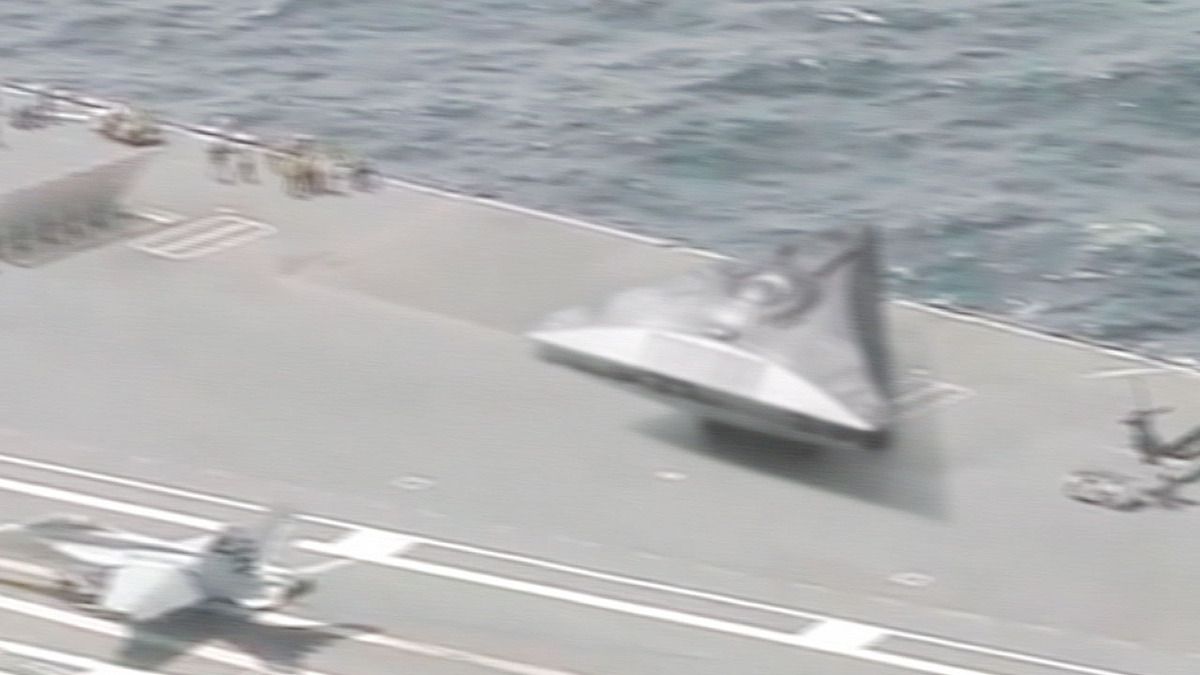