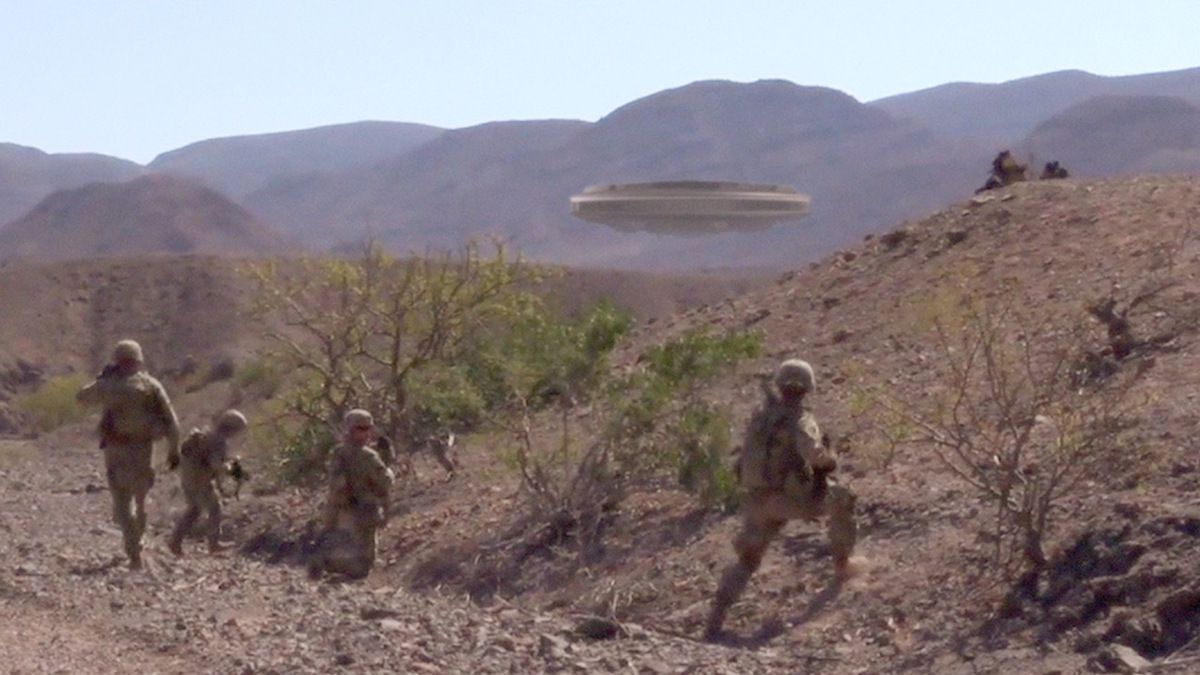 In december 2017, former Navy Commander David Fravor told ABC News about his encounter with what he believed was a UFO.Retired Cmdr. David Fravor spent 18 years as a Navy pilot, but nothing prepared him for what he witnessed during a routine training mission on Nov. 14, 2004.

"I can tell you, I think it was not from this world," Fravor told ABC News. "I'm not crazy, haven't been drinking. It was — after 18 years of flying, I've seen pretty much about everything that I can see in that realm, and this was nothing close."

Fravor's stunning retelling of his encounter off the California coast with what appeared to be a 40-foot-long wingless object that flew at incredible speeds in an erratic pattern comes as the Pentagon revealed the existence of a secret program to investigate sightings of UFOs.

The program was shut down in 2012 because of other budget priorities, according to the Pentagon.

"I have never seen anything in my life, in my history of flying that has the performance, the acceleration — keep in mind this thing had no wings," Fravor said.

He recalled flying his F/A-18 fighter on a training mission on a beautiful Southern California day 13 years ago when things started to get strange.

Controllers on one of the Navy ships on the water below reported objects that were dropping out of the sky from 80,000 feet and going "straight back up," Fravor said.

"So we're thinking, OK, this is going to be interesting," he said.

As they were looking around for the object that appeared on the radar, another aviator spotted something. "I was like, 'Dude, do you see that?'" Fravor recalled saying.

“We look down, we see a white disturbance in the water, like something's under the surface, and the waves are breaking over, but we see next to it, and it's flying around, and it's this little white Tic Tac, and it's moving around — left, right, forward, back, just random," he said. The object didn't display the rotor wash typical of a helicopter or jet wash from a plane, he said.

The planes flew lower to investigate the object, which started to mirror their movements before disappearing, Fravor said. "As we start to cut across, it rapidly accelerates, climbs past our altitude and disappears," Fravor recalled.

"When it started to near us, as we started to descend towards it coming up, it was flying in the elongated way, so it's [like] a Tic Tac, with the roundish end going in the forward direction ... I don't know what it is. I don't know what I saw. I just know it was really impressive, really fast, and I would like to fly it," he said.

The disturbance in the water also vanished with object, he remembered.

"So we turned around — we couldn't have been more than about a couple miles away — and there's no white water at all in the ocean," Fravor said. "It's just blue."

At that point, they decided to return to complete the training exercise when they were told the object or something similar reappeared.

"And the controller comes up and says, 'Sir, you're not going to believe this. That thing is at your half point,' which is our hold point," Fravor added. "And I'm like, 'Oh, great.'"

Another plane that launched from the aircraft carrier USS Nimitz around the same time had its radar jammed and was able to pick up the object on an infrared channel.

"He gets close enough to see a couple of objects come out of the bottom, and then all of a sudden it takes off and goes right off the side of the screen and, like, takes off," Fravor said.

He recalled that the speed of the object, which he said had no exhaust trail in infrared scanning, was stunning.

"No aircraft that we know of can fly at those speeds, maneuver like that and looks like that," ABC News contributor and former Marine Col. Stephen Ganyard said.

Fravor said there is no rational explanation for what they saw that day.

"I don't know if it was alien life, but I will say that in an infinite universe, with multiple galaxies that we know of, that if we're the only planet with life, it's a pretty lonely universe."

There was no further investigation into the incident, he said.

"You know, you see a lot of interesting things," Fravor said. "But to show up on something that's a 40-foot-long white Tic Tac with no wings that can move, really, in any random direction that it wants and go from hovering over the ocean to mirroring us to accelerating to the point where it just disappears — like, poof, then it was gone."