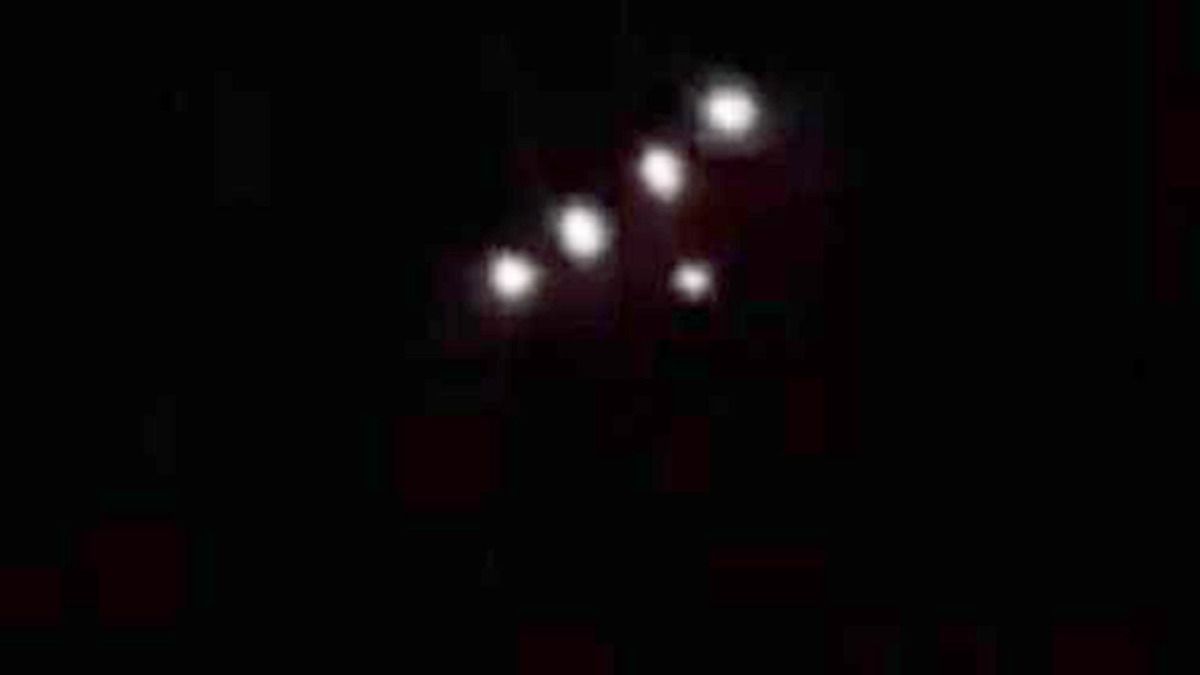 Ireland has had quite a few unconfirmed sightings of UFOs over the years. The Irish Sun even once claimed the country had experienced a “UFO epidemic” – apparently Ireland is a popular destination for extraterrestrials as well as tourists.

Below are five of the strangest sightings over the Emerald Isle. Are they real UFO's? We'll leave it up to you to decide.

The most valid one was a report from two Aer Lingus pilots flying from Dublin to Stansted Airport outside London in April 1997. Both reported a near collision with a mystery red and white craft that pulled alongside them.

The British Ministy of Defence investigated the case and stated they believed the pilots definitely saw something. Radar reports showed no other flights in the area. The MOD speculated it might have been an American secret NASA project plane, but no evidence was ever forthcoming.

Here are five more cases with varying degrees of seriousness.

This video claims to be obtained from a farmer’s son and the footage does indeed seem to show a traditional Irish farmyard gate and the edge of a typical farm shed. The footage of the quivering flying saucer is accompanied by an unusual soundtrack – a synth-accordian version of “Take Me Home, Country Roads.”

This sighting, which was covered briefly on MSNBC in 2010, allegedly features a night vision clip of a triangle-shaped aircraft speeding through the air near the River Liffey in Dublin. The producers compare the aircraft to the type used in the 1980s arcade game, Asteroids.

The photo here purportedly shows a flying saucer in Derry. Michael Harkin from Galliagh wrote the Derry Journal in 2008: "I am writing to see if you would be interested in a picture which was taken on my mobile phone yesterday (Tuesday, 6/5/08). It was taken from a car while travelling to Prehen in Derry. I realised that there seemed to be an unusual object in the sky and decided to take a picture. On examination it seems to be a saucer-like object flying flying not far above houses on the Prehen Road."

4. UFO in Ireland - Best Ever Capture

This YouTube video, titled ‘UFO in Ireland - Best Ever Capture,’ actually only shows a fuzzy, multi-colored disc against a dark background. UFO believers call this type of aircraft a “plasma orb.” The “candid” commentary accompanying this UFO sighting is some of the worst acting you’ll ever hear.

This video from an eagle-eyed TV viewer who spotted an apparent UFO near Queen Elizabeth II’s private jet as it departed from Cork Airport on May 19, 2011. He calls it a “wingless” craft “flying in a dipping motion.” Of course, it is highly likely the “UFO” is actually an Irish Air Corps PC-9, or possibly even a sea gull. However, as the uploader warned those who posted skeptical comments: “Close your ears and open your mind man.”

Thanks to David for submitting the video to Section 51 !