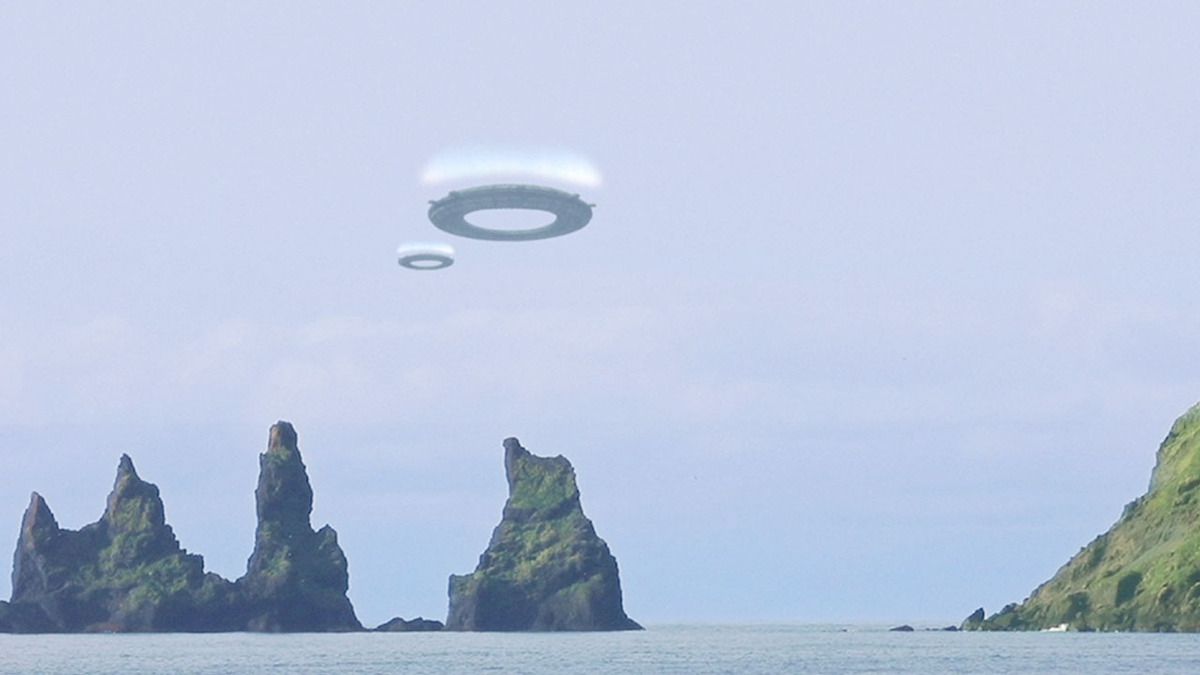 In 2013 was taken an amazing photo of a UFO flying through the Aurora Borealis. The UFO craft appeared to be starting to or was using some type of cloaking devise...

In Iceland, the Aurora Borealis is also known as "northern lights".

Iceland is a very magical place. It is filled with legends recorded as far back as the ancient Vikings. The Vikings are the first legendary peoples to set foot onto this place, as they were avid travelers by water. Iceland is formed approximately 20 million years ago by volcanic eruptions in a mid-ocean ridge called the Mid-Atlantic Ridge.

The first known Gods on Ancient Iceland are Thor, Odin and Freya. Their stories are beautiful pieces of culture and history. When an Icelander today believes in the old world religions, it is referred to as Asatru.

Strange Lights
During battle Freya and the Valkyries armor caused the eerily beautiful flickering light that we know as the Aurora Borealis, or Northern Lights. The Northern lights are a popular part of Iceland today. They appear on nice nights from September through March drawing many foreigners in awe and admiration of their magical ribbons of multicolored lights.

Bifrost is the rainbow bridge that connects Heaven and Earth. The Icelandic people experience many celestial phenomenon's in the sky.
Rainbows, Northern Lights, Shooting Stars and sky lights cause inspiration and joy to the people of Iceland.

But could it be possible that the ancient Gods were aliens visiting Earth ?

In UFOlogy, Nordic aliens are humanoid extraterrestrials purported to come from the Pleiades who resemble Nordic-Scandinavians. Professed contactees describe them as typically male, six to seven feet tall (about two meters) with long blonde hair, blue eyes, and skin tones ranging from fair to tanned. UFOlogist George Adamski is credited with being among the first to claim contact with Nordic aliens in the mid 1950s, and scholars note the mythology of extraterrestrial visitation from beings with features described as Aryan often include claims of telepathy, benevolence, and physical beauty.