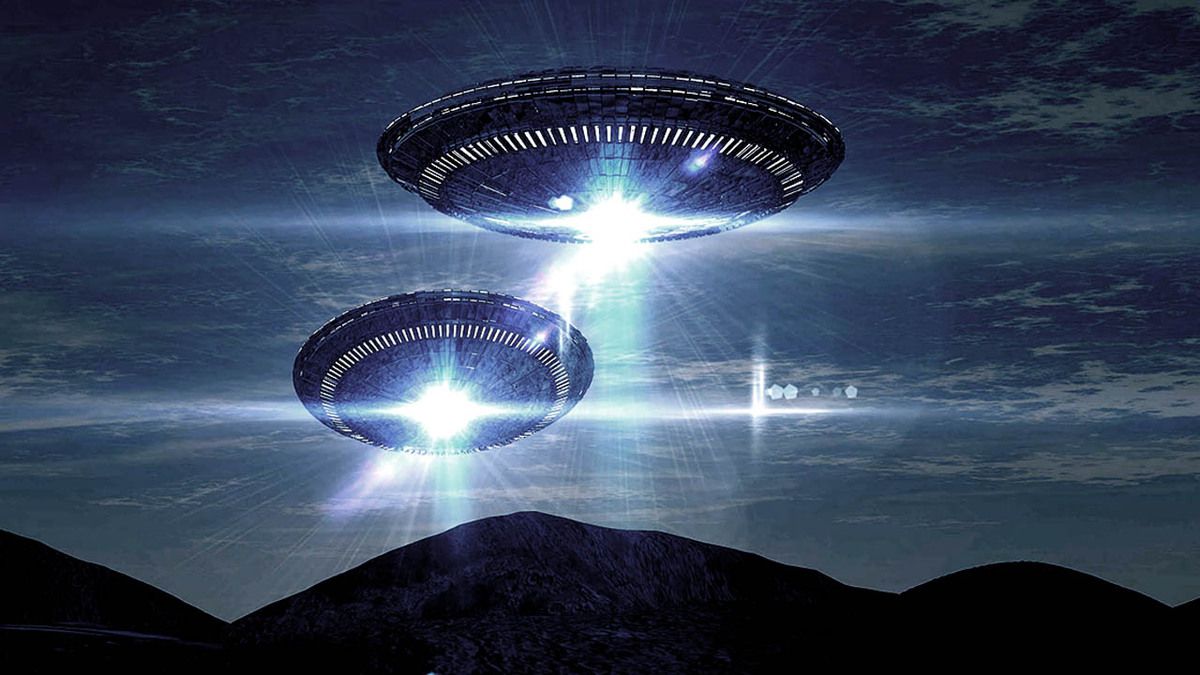 November 2017 - USA, Indianapolis, Eastside. Mystery lights spotted in the sky during night. "I caught this on my cell phone back in November here on the eastside of Indianapolis IN. Right at the end of this video my phone went completely dead for no reason at all, but my battery had a full charge. I forgot to mention that there is a major airport , about 10-15 miles west of where i caught this. At fisrt i thought it was an passenger plane getting ready to make a emergency landing, but where because I-70 east and west was in front of me and then when it did that, i knew it couldn't have been a passenger plane".....

In september 2015, an Indiana witness at Indianapolis reported having a peaceful feeling just prior to observing a silent, disc-shaped object “only a couple of hundred feet away,” according to testimony in Case 70607 from the Mutual UFO Network (MUFON) witness reporting database.

“I was smoking a cigarette outside and get an urge to look up,” the witness stated. “I stand up and look straight up. I get a very calm feeling for no reason and even begin smiling; feeling very peaceful and even euphoric.”

But then the witness studied the sky above him.

“Suddenly a yellowish-green disc light appears in front of me stationary, and then flies directly over me until out of sight behind the top of the house.”

The witness was struck by how close the unknown object was.

“It was probably only a couple hundred feet away. It made no noise.”

The witness decided to file a report.

“I reported it to MUFON. It was awesome and amazing and I can’t stop thinking about it.”

No images or videos were included with the MUFON report, which was filed on September 18, 2015.

Reports of strange lights in the sky started in mid-July and culminated in the early morning hours of July 27 when three "flying saucers" were reported by hundreds of Hoosiers, including military personnel and police south of Indianapolis.

News accounts say the objects were balloon-shaped with fiery tails as large as a “good sized house” and appeared to have a "dogfight" over Franklin. Robert Wolf, Franklin Civil Defense director, said the objects were bluish, one orange and one white.

Startled west-side residents sighted luminous flying objects over the Naval Armory. Observers, who described the mysterious craft as “egg-snapped and glowing like a radium-dialed watch,” said the saucers performed figure-eight maneuvers and floated off toward Martinsville.

Indiana State Police at the Indianapolis, Connersville and Seymour posts kept a check on the saucers for nearly five hours. A state trooper at Seymour said the "things were so weird I hesitate to even talk about them."

While the sightings were concentrated in Central and Southern Indiana, residents in northern Indiana hoped the saucers would make an appearance there.

Monticello businessmen put out the welcome mat for the alliance with a “Come in peace. Let us talk together” message spelled out in a system of geometric designs. The saucer pilots were invited to land on Lake Shafer.

“Anybody smart enough to build flying saucers ought to be able the read the message,” said businessman Tom Spackman.

As it turns out, it wasn’t just Hoosiers who noticed the odd goings-on — sightings were reported from Denver to the East Coast. “The Washington Flap,” as it was known, involved reports of UFOs over the Capitol and the White House. Washington National Airport radar picked up several blips, but the Air Force reported no aircraft in the area and quickly denied any invasions by men from Mars or enemy nations.

The Truman administration wanted answers because the nation was getting panicky. The Air Force contended during the hot, humid weather, layers of cold air were sandwiched between layers of warm air — called temperature inversion.

That July, a record number of UFO sightings had been reported, and the Air Material Command at Wright-Patterson Air Force Base east of Dayton, Ohio, was tasked with identifying and explaining them. The Air Force began Project Blue Book, which studied the UFO phenomenon throughout the 1950s and '60s.

Each sighting was recorded and those "x files" — with redactions — can now be searched in an online database.

Thanks to Calvin for submitting the video to Section 51 !