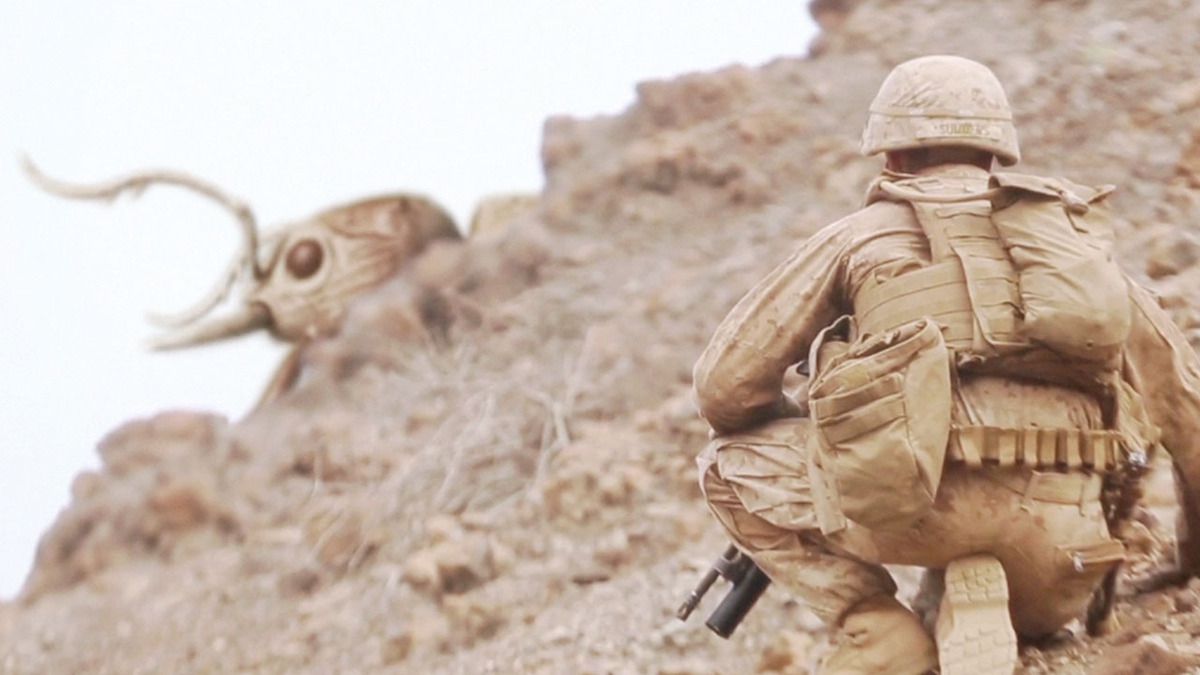 The real life encounters with ants can’t be dangerous in certain specific situations. Anybody can be allergic to insect stings, and ant stings are no exception. People who are immobile, such as infants and nursing home patients, can also be harmed by ants due to an inability to fight back. However, healthy adults such as the ones in Stephenson’s story, could easily fight back against the ants and are unlikely to be attacked as badly as described in the story above. If you’re capable of walking at a normal speed, you can outrun the ants.

In real life ants do have some consequences for agriculture, but the relationship is a lot more complex than simply eating crops. There are a lot of ants which are quite useful for biological control because they eat crop pests. Some cultures even divert army ants into their fields, and let them take care of pest control.

Unfortunately, this is a double edged sword because ants also have very well known associations with some types of crop pests such as scales and aphids. The ants eat the honeydew the aphids and scales produce, and protect them from predators and parasitoids. Unfortunately, they can protect them from the predators and parasitoids we use to control these pests. So they might not eat crops, but they definitely make it harder for us to control some pests. In the video below, you can watch ants drive off a ladybird beetle which was trying to eat their aphids.

Ants can also be household pests, as well. Pharaoh ants, for example, are really well known pantry raiders in some areas. They don’t sting, but people can become allergic to their leftover corpses. They’re also notorious for breaking into hospitals, where they can spread diseases while looking for food. So Pharaoh ants can still cause medical problems, but not in the way that other ants can. They’re problematic in many unique ways.

In october 2010, an elderly man was bitten hundreds of times on his legs and genitals by a swarm of flesh-eating ants as he lay in his hospital bed.  Cornelius Lewis, 76, was in the intensive care unit at Gulf Coast Medical Center in Florida, recovering from an operation to fit a pacemaker the day before the ant attack. Remarkably, because he was attacked beneath the bed sheets, medical staff didn't even notice the ants were literally feasting on him until they pulled back the covers hours later.

Lewis remains at Gulf Coast Medical Center and is said to be in a serious condition, although that is related to his previous heart surgery, rather than the ant attack.

According to his son, Mr Lewis was bitten 'a couple hundred' times on his legs and genitals by Pavement Ants.

'He was supposed to be monitored every 10 minutes,' Neil Lewis told Florida website Newspress.com.

'My mom was there, and they didn’t give her any information. 'They said, "Let’s just get him out of the room." And my father was so exhausted he didn’t have the ability to complain.' After the attack, Mr Lewis said his father was moved to another room but that it, too, was infested with ants. Lee Memorial Health System, which runs the hospital, says it is taking preventive steps at their hospitals to stop any repeat of the incident.

'We have confirmed there were ants,' said Karen Krieger, director of public relations at Lee Memorial Health System.

She added: 'There were no reports of other patients being bitten by ants and Gulf Coast is the only hospital with an ant problem.'  The company's other premises at Lee Memorial Hospital, Cape Coral Hospital and Health Park are now being treated by pest control experts.  The intensive care unit at Gulf Coast Medical Center has been evacuated, sprayed and treated and exterminators will check for the insects every three days. Rooftops and exteriors are being sprayed weekly. This will continue until there is no ant sightings for 30 days.

It is understood the checks for ants previously took place on a monthly basis, which indicates the hospital knew it had a problem with the ants. A pest control expert in Florida, a hot and sticky climate that is a perfect breeding ground for insects, told WINK News that Pavement Ants, which are the type believed to have bitten Lewis, don't usually attack because they generally live outside. 'Pavement ants are omnivores,' said Allen Fugler Jr.'Every pest needs food, water and harborage. If lacking in one of those three, they will aggressively seek out a food source, water or a place to live.'

But here, in that new video, what could have created giant ants like these monsters ?...