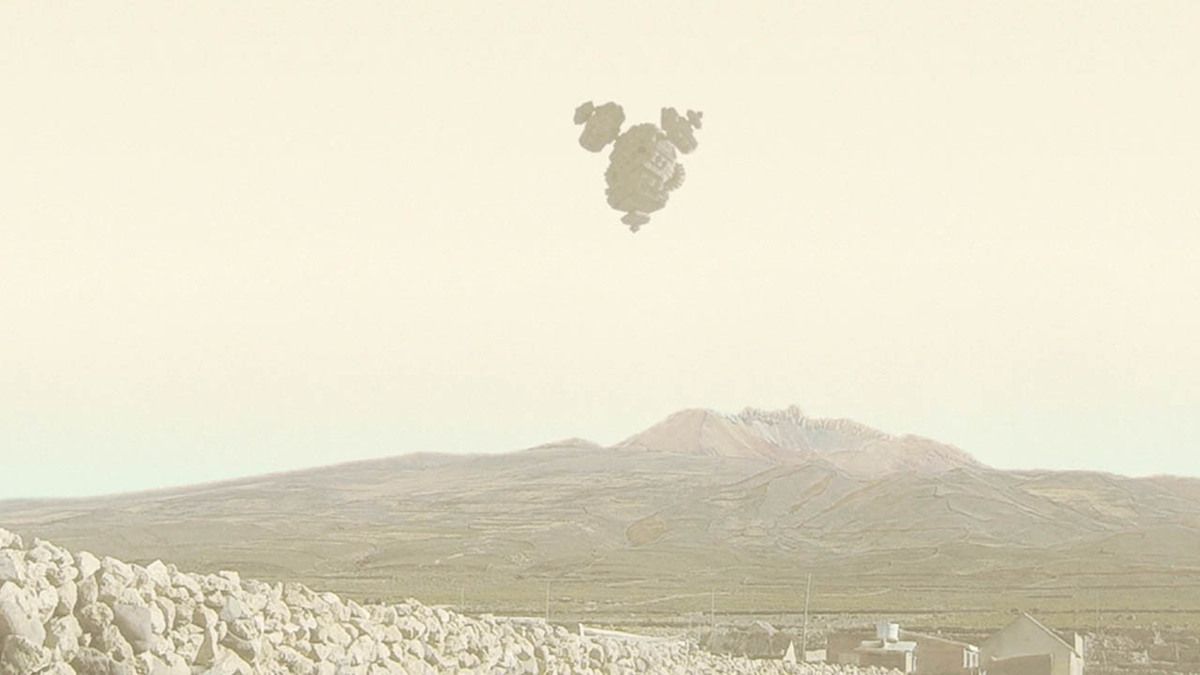 UFO update ! The latest and most intense, strangest sightings ! Often seen near wars and conflict. Let's discover these new UFO sightings spotted by soldiers and people all around the world.

Since discovery by American scientist Paul Kosok in 1939, the lines on the rocky Peruvuan Pampa San Jose near the small desert town of Nazca have perplexed scholars. Originally thought to be the remains of irrigation lines beyond the verdant Nazca valley, it wasn't until they were seen from the air that the lines were recognizable as figures.

The lines are a variety of geometrical figures, trapezoids, triangles and lines, plus marine, animal and bird figures of hummingbirds, a whale, a monkey, a spider, a bird likened to a pelican, another like a condor, and one called the astronaut. They range in size up to 1000 ft (300m) across and are about 2000 years old.

The lines are thought to have been etched on the Pampa Colorada sands by three different groups: the Paracas people 900-200 BC, Nazcas 200 BC-AD 600 and the settlers from Ayacucho at about 630 AD. The Nazca were potters, like the Moche, and their pottery shows their daily life. Maria Reiche developed the theory that the ancient Peruvians drew the lines to please the gods and secure their good will. She called the desert an astronomical calendar to remind the gods that the desert was dry and needed water; that crops needed blessings; that the seas needed fish. There are theories that the figures correspond to cosntellations and the annual change of the seasons. Other theories contend that the figures represent a pantheon of gods and goddesses and were the site of religious ceremonies.

Other theories, such as Erich von Daniken who argued in "Chariots of the Gods?" that they are the remains of a giant extraterrestrial airport, brought a flurry of students of the paranormal to the area. They came in such numbers that they threatened the lines and the area was made off-limits. Dr. Reiche had guards posted to make sure no further damage was done to the lines. Though they have survived 2000 years of wind and occasional rain, the lines on the desert floor cannot withstand pedestrians, horses and vehicles. The Nazca Lines are now a UNESCO World Heritage Site and one of the most popular tourist destinations in Peru.

As you observe the lines, you can wonder about the various theories, including the idea that the ancient culture used them to indicate underground water sources, or the older one that the lines are caused by the physical movement of underground water. There are water channels, painstakingly built of rock walls and maintained over the centuries that carry water from the mountains to a farming oasis near the figures.