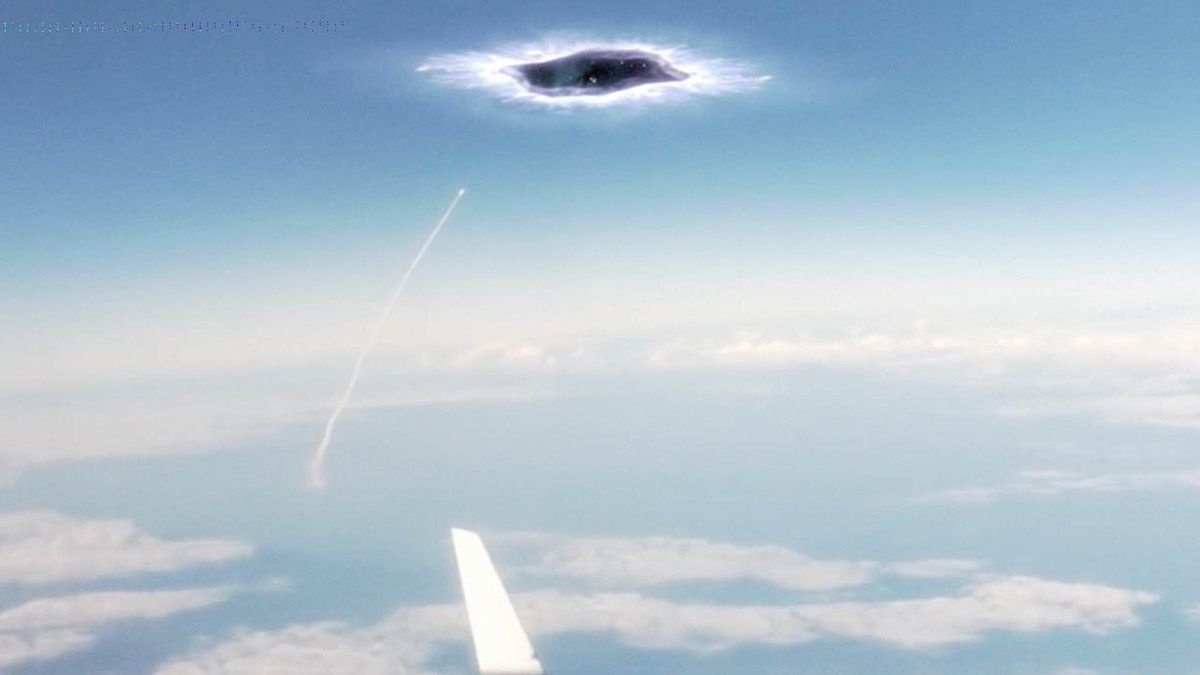 In 2015 NASA researchers disclosed the truth about time travel and dimensional portals. There are places all over the Universe we can travel to in an instant, using energetic portals in space, and the use of our consciousness.

The proof is indeed mounting that there are portals to other worlds. Though the documentation is still ‘sketchy’ to describe how this is done in black and white, there is a trail there for those who want to follow it.

There are literary hints as well as soft evidence and testimony of numerous whistleblowers. Consider Alice’s rabbit hole. The tornado in the Wizard of Oz. Platform 9 ¾ in Harry Potter. The ‘Gate of Hell’ in Dante’s Inferno. These are just a few.

Ancients knew of portals not just to other Star Systems, but also to the inner earth, using stones, crystals, pyramids, and other structures aligned with the ley lines of this planet.

Within this framework we can look at the work of a NASA researcher who has revealed that there are portals to other dimensions that open and close every day. They are found within the earth’s magnetic field, and they are in a direct line to the sun’s atmosphere 93 million miles away.

Though NASA hasn’t labeled them as portals, and instead calls them Boom Tubes, electron diffusion regions or ‘X’ points, the process of magnetic resonance allows them to exist. This means that an extraordinary’ opening in space or time’ does exist, and NASA has known about them for an undefined duration. These ‘short-cuts’ are talked about in science fiction, and often dismissed by ‘real’ scientists.

Jack Scudder, a NASA plasma physicist from the University of Iowa, refers to X-points as:

Or, one could simply speak to the whistleblowers in the US government. Some claim that the military industrial complex has had the ability time travel through stargate portals for over 40 years. Andrew D. Basiago is a former participant in DARPA Project Pegasus (1968-72) who claims that the military developed Tesla-based quantum teleportation and time travel in the time space hologram, initiating the U.S. program of time-space Chrononauts. Basiago claims the military has been using portals since the 1970s. For more than 10 years, Basiago has been trying to tell the general public that portal-based time travel is not something from a sci-fi movie, but a present reality.

Basiago not only talks about time travel to more distant places, but claims the CIA has a Mars-jump-room program which allowed our military to build bases on Mars. He says that though he has worked with some of the leading quantum physicists, the information that he discloses is considered heretical by mainstream physicists, and the military as well.

Basiago states he participated in two ‘secret’ military programs. He says he was one of the many American children chosen to participate in time travel experiments. His accounts of what he experienced are measured with logic and it is difficult to discount what he says as pure fantasy. It is also, of course, in the best interest of the US military to keep these technologies secret, since they can be weaponized. This is no secret, since Rumsfeld has admitted that one of the boons of research done within Project Pegasus is the ability to use teleportation to deliver troops to the appropriate place on the battlefield. This is a similar question that was attempted in the movie Contact staring Jodie Foster. The real life astronomer and ET chaser that inspired her character is Dr. Jill Tarter. She has stated, when asked what got her interested in the search for life beyond this planet:

“The Cyclops Report from 1971 — written by Barney Oliver and John Billingham — was the result of a series of summer studies at NASA Ames and Stanford. In reading that workshop report, I was impressed by the notion that after millennia of asking priests and philosophers what to believe about life beyond Earth, the middle of the 20th century presented us with some tools that permitted scientists and engineers to do experiments to try to find the answer. Telescopes, rather than belief systems, could potentially show us what is, rather than what others said we should believe. I realized that I was in the right place, at the right time, with the right skills (undergrad degree in engineering physics and Ph.D in astronomy) to join this exploration. I got hooked, and have stayed hooked all these years.”

We’re all hooked. That’s because if alien life exists, then surely there are forms of life that are way more advanced (both consciously and technologically) than we are, and these forms of life most assuredly can travel ‘in the blink of an eye’ without necessarily having to overcome gravity, the limitations of rocket fuel, or even the scarcity of physical materials which could not easily withstand the heat of the sun or the extreme cold of deep space.

If our minds could simply create the energy we need to travel more than 9 billion light years before we’re 9 billion years old, then space travel would become commonplace. Perhaps even our highly developed intuition would understand that strange math that allows thought to travel as a wave and to form more cogently in material form on the other side of Pluto.

Nikola Tesla alluded to something of this nature. He developed a ‘teleportation machine’ which formed a ‘shimmering curtain.’

“Radiant energy is a form of energy that Tesla discovered that is latent and pervasive in the universe and has among its properties the capacity to bend time-space.” – Andrew Basiago

Passing through this curtain of energy, Basiago would enter a “vortal tunnel” that would send him to his destination. The other teleportation devices included a “plasma confinement chamber” in New Jersey and a “jump room” in El Segundo, California. There was also some kind of “holographic technology,” which allowed them to travel “both physically and virtually.”

They weren’t always safe, though. One of Basiago’s cohorts, Alfred Webre, recalls one instance in which a child returned from his temporal voyage before his legs. As he puts it, “He was writhing in pain with just stumps where his legs had been.” These bugs, according toWebre, have been ironed out in the 40 or so years since the experiments began.

If our consciousness just needs to catch up to the materialization of matter, anything is possible, but we’ve got plenty of work to do before packing a bag for MACS0647-JD a mere 13.3 billion light years away. I’d hate to forget my wallet in Sacramento while my energy was being catapulted to this distant galaxy, let alone my legs. New shoes indeed. 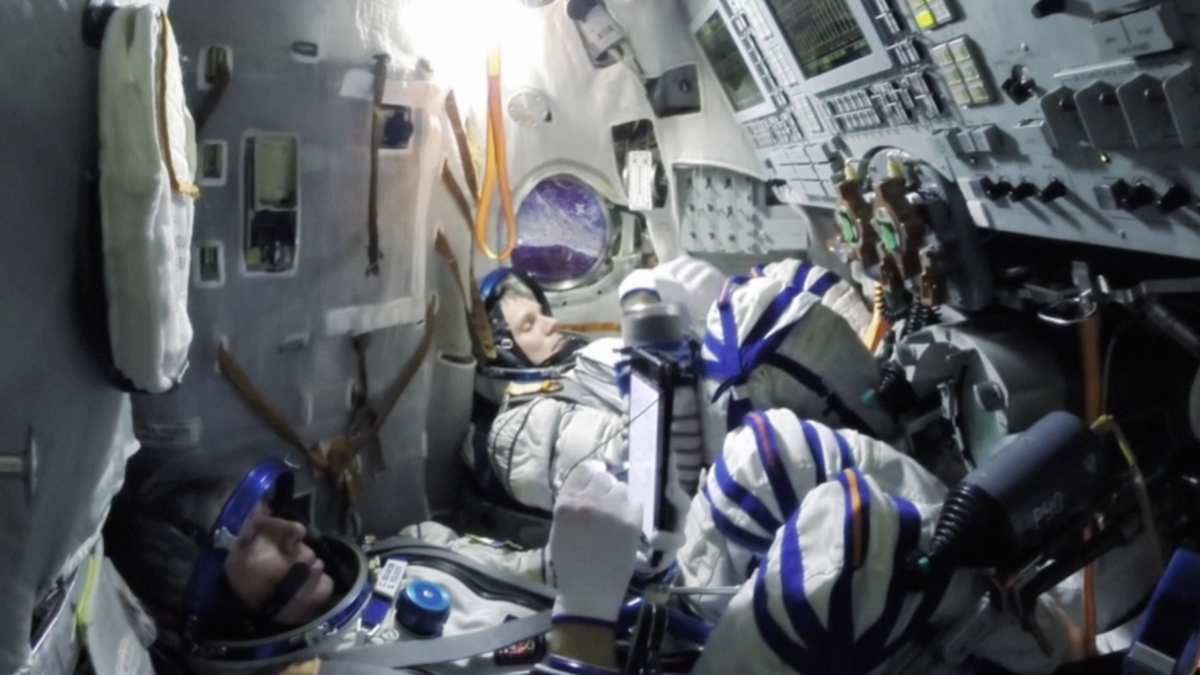 With these new pictures, we can say now that the Russians have the technology - or maybe an alien technology - to open dimensional portals as they want in order to colonize any place in space. Knowing that, could they reach the new exoplanet Kepler 186F ? Or some kind of planet in the universe which could provide living conditions similar to those on Earth ?