Is it possible that ancient aliens may have helped the Egyptians build the Great Pyramid of Giza?

The theory that aliens from another world may have assisted in building the Great Pyramid of Giza in Egypt might explain how some of the most amazing and mysterious engineering feats in human history were accomplished. Moving massive stone blocks, apparently quarried from many miles away, and assembling them into something so colossal and precise seems like an insurmountable task even today.

How did people manage it so many thousands of years ago without the use of modern construction techniques? Logically, it appears the ancient Egyptians must have known something, or someone, that we don’t.

Some say only access to advanced technology would have allowed them to create stone structures, some with blocks weighing in the neighborhood of 70 tons, with such perfect mathematical alignment.

Then again, maybe we aren’t giving them the respect they deserve. The ancient Egyptians were awfully smart, so maybe they could well have built their own darned pyramids without any help from extraterrestrials. But the fact is, of the Seven Wonders of the Ancient World, not only is the Great Pyramid of Giza the only one still standing, but it was already almost 2,000 years old when other cultures began to build their wonders.

Were the Egyptians of antiquity really that much more advanced than everyone else, way back then?

Those who subscribe to ancient astronaut theory have more reasons than the complexity of pyramid design to think that aliens may have had a hand in ancient Egypt. Is there enough evidence to conclude that visitors from another planet have been here for thousands of years, guiding and influencing the advancement of mankind?

Or, were the ancients far more advanced than we realize, and has some important information been lost through the ages?

In ancient Mesopotamia, beginning somewhere around 4,000 BC, there was a fertile region called Sumer, and a people we refer to as Sumerians. These folks, like the Egyptians, were pretty with it for the age in which they lived. They had an advanced knowledge of mathematics and architecture, and created some interesting art that still survives to this day.

Because of some of the things they left behind, we know the Sumerians revered gods they called the Anunnaki. And not only the Sumerians; apparently other cultures in Mesopotamia knew of these deities as well. These days, the Anunnaki are at the center of a great deal of debate regarding ancient aliens, and what exactly the ancient people knew.

Much of this stems from the work of Zecharia Sitchin. Back in the 1970s, after interpreting and studying ancient Sumerian texts, Sitchin realized they revealed stunning information about the origins of the human race. He then wrote a bunch of books where he put forward his theories.

Sitchin believed the Anunnaki originate from Nibiru, a rogue planet that takes thousands of years to orbit the Sun. The Anunnaki who came to Earth were working-class aliens, sent here to mine gold to bring back to their home world.

When they rebelled against poor working conditions, the decision was made to genetically modify prehistoric humans (Homo erectus) by incorporating Anunnaki DNA and creating a new slave species. In the blink of an eye, Homo sapiens was born (that’s us).

As you can probably imagine, many have found issue with Sitchin’s revelations, and his interpretation of ancient texts. But others have stood behind his work and found further evidence to support it.

According to those who back ancient astronaut theory, evidence of alien visitation is all over the place if you know where to look. Religious texts, art and architecture of the ancient world are packed with direct references to extraterrestrial visitors from another world.

Much of this evidence is in the eye of the beholder, but even setting art and Sitchin's theories aside, one interesting puzzle remains: How did the human race go from living in clans and hunting with spears to building massive pyramids based on complex mathematics and astronomy in the blink of an anthropological eye without some kind of outside influence?

What if the Egyptian pyramids really do date back to around 10,500 BC? Would that mean the same aliens that had a hand in shaping ancient Mesopotamia helped erect these massive structures? Could it mean they have a purpose aside from serving as tombs? Even if they date to a more widely acknowledged 3,000 BC, how did humans gain the knowledge to create such precise, elaborate and massive designs so quickly?

The answer may lie in a Neolithic invention we still benefit from to this day: farming. Before farming became widespread, humans lived in smaller groups, and moved around a lot more. For 200,000 years, few hunter-gatherers had the need to build anything permanent, much less on a grand scale.

Once people started growing crops they stayed in one place, and villages and cities started to form. This meant more manpower for construction, more people getting together to share knowledge and ideas, and more time where things like mathematics and astronomy could be studied.

It’s not hard to imagine, in an environment that’s suddenly so conducive to the expansion of knowledge, that the human race would make huge advancements in only a few generations.

After all, in less than a couple of hundred years we’ve gone from the horse and buggy and the telegraph to planes that can break the sound barrier and advanced computers like the one you’re looking at right now.

t’s important not to underestimate the abilities of the ancients. The world, and human culture, is a lot older than we tend to think, and our ancestors were surely capable of amazing feats. Perhaps some of their ways were lost over time.

Or, perhaps they had a little help from alien visitors... 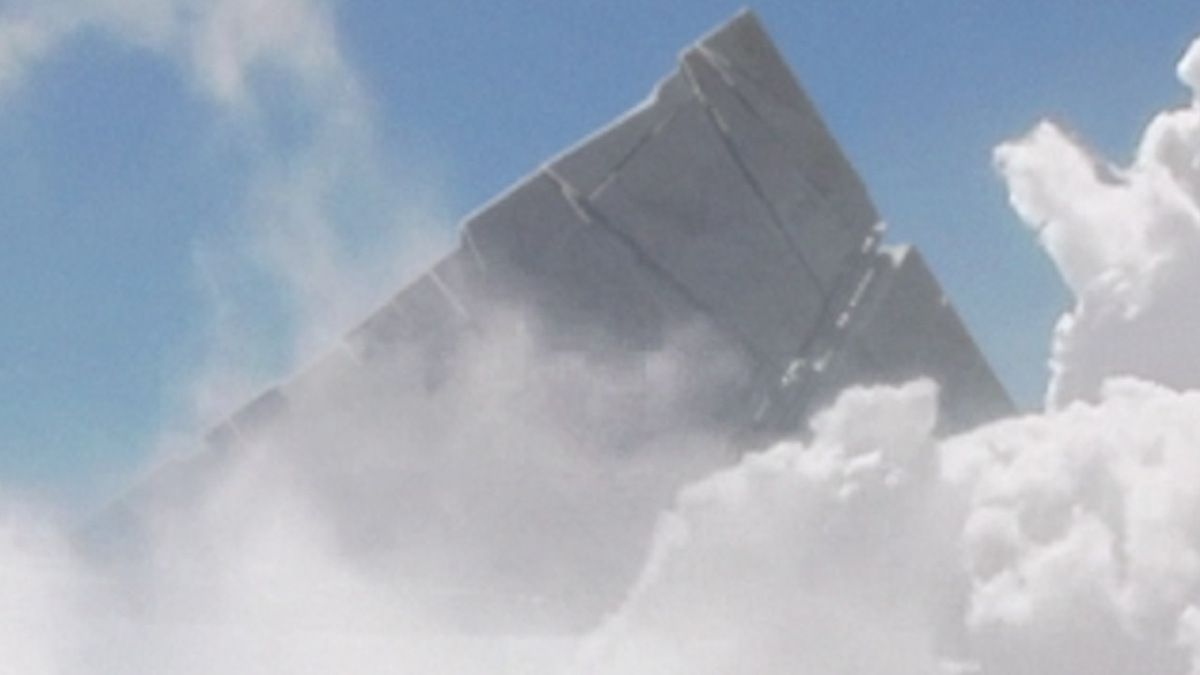