June 2016 - Russia, Semikarakorsk, Rostov Area. Pictures show strange light beam poking through the clouds, streaming down towards the ground and some event which could appear to be an abduction. Click here to read the complete article :

The terms alien abduction or abduction phenomenon describe "subjectively real memories of being taken secretly against one's will by apparently nonhuman entities and subjected to complex physical and psychological procedures". Such abductions have sometimes been classified as close encounters of the fourth kind. People claiming to have been abducted are usually called "abductees" or "experiencers".

Some say alien abductions are nothing more than fevered, unexplained night visions that make their victims believe they were the guinea pig of an interstellar joyride.

Others believe the stories as cold hard fact, that aliens are using humans to unlock all of the mysteries of the universe, which may or may not have something to do with an ultrasound probe in an uncomfortable place.

Either way, it seems that this strange phenomenon is forever ingrained in our culture. Some of the most infamous cases of UFO abductions have spawned books, films and even serious historical recognition.

A country with a particularly exciting number of UFO sightings is Russia, and the territories encompassed by the former Soviet Union. Even in the old communist days there was a suprising wealth of interest in the subject, though the official party line always continued to be dismissive on the matter.

What we do know is that the raw material of case studies on which it was based must surely have been extensive. Russia and the former dependent territories have some of the most amazing UFO encounters ever documented. This is reflected in the immense public interest in the subject which has spawned popular TV programs, magazines, and newspaper articles. It even led to the founding of the government sponsored Ufological Centre, that claimed to process at least 15-20 new sightings each day! Some of these have been amongst the most dramatic ever made!

In 1980 for example, a factory worker on a small Baltic island off the coast of Estonia was reportedly struck by an orange beam that shot out from a landed UFO. He described the object as "glittering with colours", close to which stood two black cubes with a rotating pipe.The force of the beam made him fall backwards, and even after the craft had disappeared the witness complained of feeling sick for some time afterwards .

An event described as the "Russian Roswell", occurred in the extreme east of the country in the Vladivostock area in 1986. This involved a "flying sphere", that was seen to crash into a mountain known as hill 611, close to the village of Dalnegorsk. Like the Roswell incident of four decades earlier strange debris found at the crash site invited intense speculation! In his book "UFO's: Fact or Fiction writer Nigel Blundell comments: "The object disintegrated upon impact but investigators from the Academy of Sciences did find some debris, including a strange mesh material and a previously unknown aluminium alloy. Was it a rogue space probe as some have suggested, or something more sinister?"

One of the most persistent of Russian enigmas surrounds the appearance of mysterious clouds. These have been observed elsewhere, but Russia and it's former territories has experienced more than its fair share of such sightings.

In January 1985 for example, passengers aboard two aircraft flying over Belorussia were amazed to witness a strange greenish cloud that was sending out shafts of bright light to the ground. Earlier sightings of similar happenings describe flashing lights that seem to "boil out" of the dark cloud. In 1982 off Bennett Island, Novaya Zemlya, large clouds of unaccountable origin continued to baffle scientists who found them impossible to account for. Sightings of this sort go back at least to the 1930's when a vast black cloud, again of unknown origin, turned night into day over wide stretches of central Siberia!

The skies above Russia have proved particularly fertile territory for numerous pilot sightings. In 1967 a commercial airliner operating on an internal route had its engines fail when a UFO was sighted directly overhead. Going into a controlled glide the engines were eventually coaxed back to life barely 2000 feet from the ground.

Many of Russia's elite fighter pilots have also encountered UFO's and several have been fired upon. At least two planes have been lost in this way, and it is believed that pilots are now given training to deal with these encounters. In the Ukraine in 1966 a Soviet pilot followed a UFO over the city of Odessa. The object was also tracked by ground radar before it eventually disappeared!

For yet more information see our topic The Churbakov Incident. This details the encounter of a young Russian pilot with a UFO who forced him to bail out from his aircraft.

Undoubtedly the most UFO intensive area in Russia is a remote region near the Ural mountains, approximately 600 miles east of Moscow. Known as the M-Triangle this is a place renowned for its weird phenomenon and strange manifestations. Mysterious happenings are part and parcel of daily life. Witnesses report seeing strange lights in the sky as well as flying objects, and encounters with translucent beings who emerge from the forest! People even report signs and letters written in the sky!

Russian writer Alexander Myagchenkov, author of the book "UFO - Unannounced visit", says that "incidents that have happened in that area are hard to believe, and it cannot be compared to any other place"! Myagchenkov claims that people who have visited the M-Triangle have sometimes developed astonishing powers and super-human abilities.

Another Russian author with experience of the M-Triangle is Emil Bachurin, who later wrote a book on the subject. He associates the triangle with many strange occurrences! The most amazing of these concerns the incredible events that befell a visiting research team. Very early in their visit they encountered a strange energy source and were chased into the surrounding woods by translucent lights that exuded a peculiar heat. As a result several members of the group received serious burns!

In Siberia the infamous Tunguska incident barely needs introduction. Here in 1908 a vast fireball devastated woodland in a radius of up to 25 miles. Owing to the remoteness of the location and political sensitivity the locality was never properly investigated until many years later. The suspicion quickly formed that this was some form of nuclear explosion. But how? Was it a comet, meteorite, or a UFO? Like many of Russia's strange happenings the answers seem far from our current plane of understanding. A mystery that just gets stranger and stranger ! When we first hear about alien abductions, it is easy to dismiss the entire idea as crazy or unprovable nonsense. However, after doing a little research into the matter, you will find that there is actually a lot of evidence that supports their occurrence. Since the late 1950s, there have literally been millions of claims from people worldwide of being taken by extraterrestrial beings, often onboard a craft and into some kind of operating room where various invasive medical procedures are carried out. Some key similarities found in the majority of abduction claims include: hours of missing time, gaps in memory, mysterious injuries/scars/implants, disorientation, reproductive issues, and other post-traumatic stress symptoms. On the other hand, there have been many reported cases of friendly contact encounters, but these cases do not usually include a forceful experience where they are taken against their will.

Abductions are said to take place involving men, women, and children regardless of age, culture, or religious backgrounds. Whether in a car, bedroom or backyard, alien abductions have been reported as both isolated and repeated incidents, where people actually go missing for hours at a time and return without conscious memory of what happened. This is a very disturbing phenomenon that receives little attention because of the ridicule and stigma surrounding it. However, the implications for these types of activities taking place are very serious and should not be so casually discarded. If this is really happening, it’s is something we need to look at objectively to understand what is really going on and why.

Humans are not the only ones who have been experiencing abduction-related phenomena. Reports of strange animal mutilations have been coming in since the 1960’s from all across the world. Many of these cases involve cattle, horses or sheep, who are found dead and drained of all blood, often with specific organs totally missing from the body. The limited media coverage surrounding these events usually implicates cult-groups or natural predators, but this is highly improbable given some of the common traits found at mutilation sites.

Some of these include:

Little or no bodily fluids found at the site. Where does all the blood go? How are these wounds inflicted without leaving blood anywhere?

Precise, surgical, or laser-like cuts are found, not torn.

No marks are found on the bones, which would normally be there if the cuts had been made by a knife or similar instrument.

Lack of any sign of predators or other animals eating on the dead carcass, as would be expected if the animal had died from natural causes.

So what are abductions actually like from the perspective of those who experience them? Many have described feelings of waking up to a noticeable presence within their room, feeling paralyzed yet aware that something is about to happen, sometimes with a noticeable white or blue light in the room or environment. Some claim to have been “beamed up” into a craft–floating through walls and windows–by a powerful blue light. While this sounds impossible in many ways, this has been described in many cases and should be given proper consideration. Many abductees feel overwhelmed and isolated when they first start to recall their experiences. It is possible to remember these types of experiences consciously without the need for hypnosis, but hypnosis often helps recall the details in a vivid, chronological manner. Sharing their experiences with others is a tremendous challenge, as even their closest loved ones and friends have a very difficult time believing that they have been taken unwillingly by aliens. The shame, ridicule, and guilt associated with these types of events is unimaginable and often leads to antisocial behavior and severe psychological problems, even for abductees who consciously do not remember their experiences. Finding support groups and trained counselors who deal with anomalous trauma is often the only way abductees find some semblance of peace and clarity. Here is a list of 52 possible signs to tell if someone might have been abducted. Please use caution and discretion when approaching these matters, for not everyone is ready to confront these experiences head-on.

The majority of all abduction victims claim that Gray aliens are the ones responsible, with other testimonies including praying-mantis-like, reptilian, and other humanoid beings. Deep research into this area has revealed that there are many types of extraterrestrial beings who are engaging with humans on earth at this time. Many of these encounters are not for positive or beneficial reasons, as we are beginning to see, but some of them are for uplifting and helpful purposes. So what is the goal of these abductions and why are they happening ? 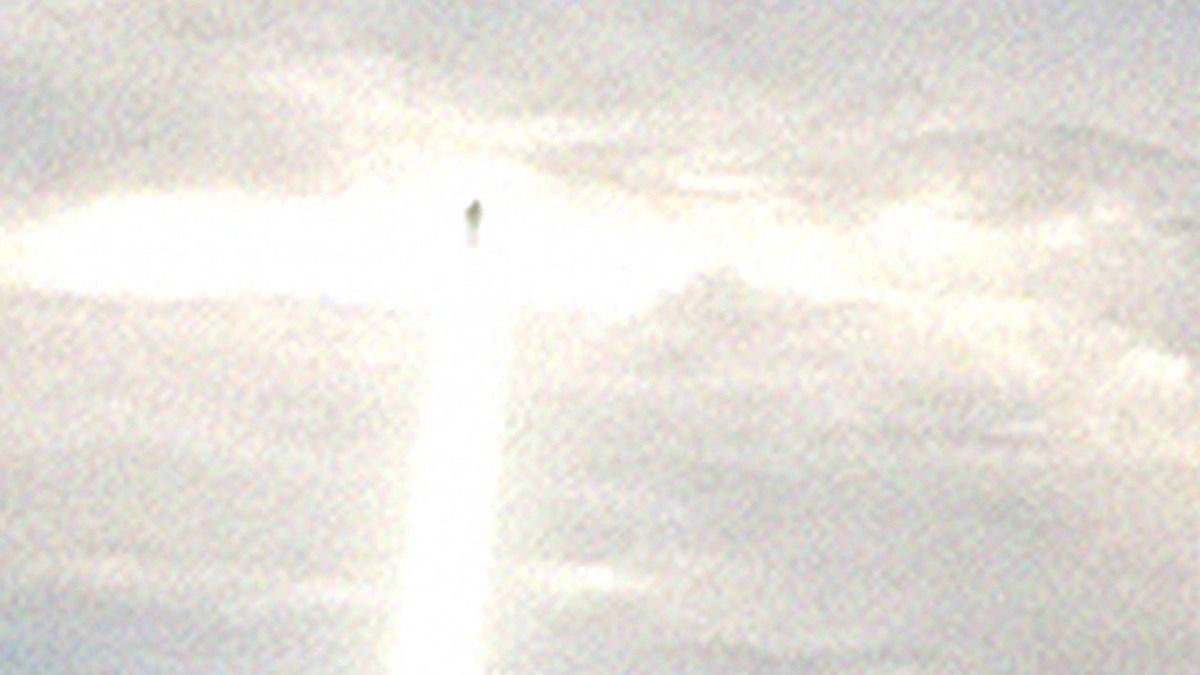