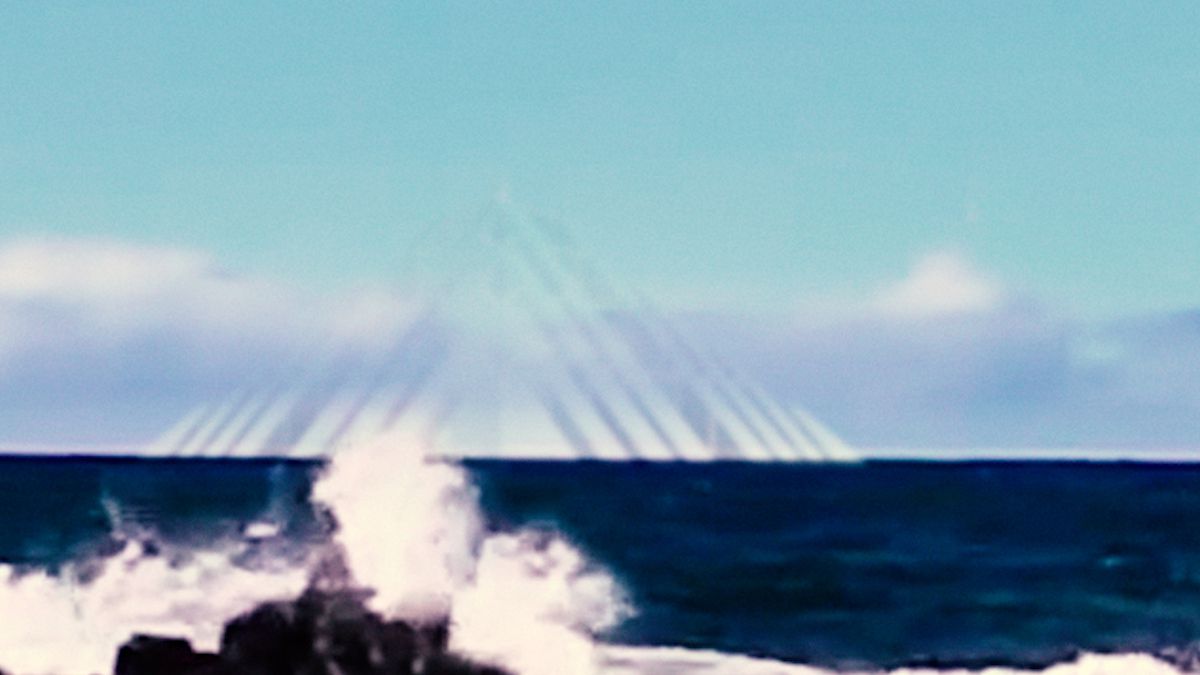 Recently American and French scientists as well as other countries that are conducting surveys in areas of the seabed of the Bermuda Triangle, claim to have found a pyramid standing upright on the seabed that has never been discovered. The length of the base of this pyramid reached 300 meters, 200 meters height, and distance from base to the tip of the pyramid is about 100 meters above the sea floor.

When talking about size, this newly re-discovered pyramid is larger in scale than the pyramids of ancient Egypt. On top of the pyramid there are two very large holes, sea water at high speed move through the second hole, and therefore the raging waves roll by forming a giant vortex that makes the waters around this cause a massive surge waves and mist on the sea surface. This new discovery makes scientists wonder if this is having an affect on passing boats and planes and could be the reason for all the mystery surrounding the area.

There are several Western scholars who argue that the pyramid on the seabed may have been initially made on the mainland, after which a devastating earthquake struck and changed the landscape completely. Other scientists argue that a few hundred years ago the waters of the Bermuda Triangle area may have as one of the cornerstone activities of the people of Atlantis, and Pyramids on the sea floor may be a supply warehouse for them. Perhaps it is related to the underwater race of humanoids discovered in Washington State in 2004 - the so called "aquatic ape" beings? (See last article titled "Animal Planet: Navy Cover-Up Of Intelligent Beings Found in Ocean")

A more detailed study over time will give results that are difficult to imagine. Scientists have processed all of the data and concluded that the surface is perfectly smooth for it to look like glass or ice. The size of the pyramids are nearly three times the size of the pyramids of Cheops. This news was sensational, and was discussed at a conference in Florida and even reported to local Florida newspapers.. The journalists present in it, have a lot of pictures and high resolution computerized data, which show three-dimensional pyramids perfectly smooth, without being covered with a surface free of debris or algae or cracks. 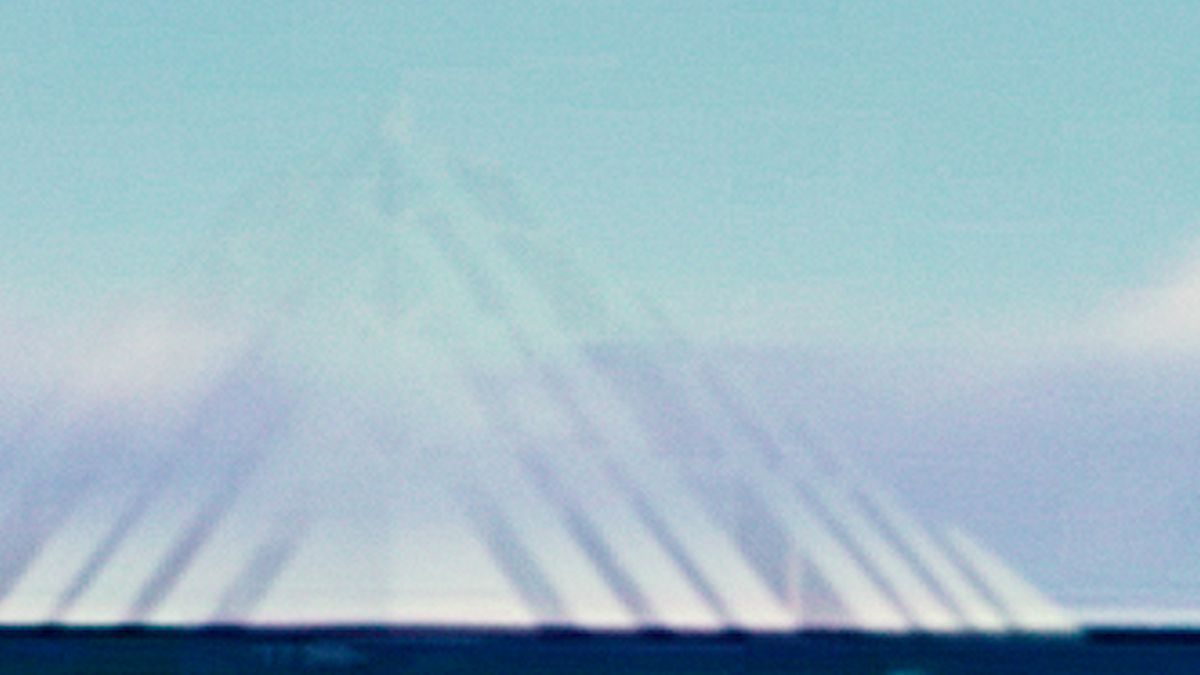 There is also a suspicion that the Bermuda triangle and the area where this pyramid was supposedly located may be some sort of "holy grounds" that is being protected by the fabled Atlanteans - that whatever crosses over the location is considered an offering... Others hypothesize that the pyramid can attract and collect cosmic rays, from the so called "energy field" or "quantum vacuum"  and that this may have been used as an Atlantean power plant (or whoever was around at the time). With the mystery still surrounding the Egyptian pyramids and the fact that the pyramidal structures seems to be found in almost all ancient cultures - its going to be hard to tell for certain the origin of this structure or if it truly exists.

Calvin Jones of the Florida state Division of Historical Resources said if it is a genuine archaeological find, the pyramid would have to have been built between 10,000 B.C. and 6,000 B.C., when the continental shelf was not covered by water, said Chisholm.

Florida archaeologists agree with him on the time span, but disagree with many other of his group`s claims.

Florida State University anthropologist Glen Doran professor said the earliest Near East pyramids are dated to about 4,000 B.C. and all New World pyramids are dated after 1 A.D. So any such structure off the coast of Florida would be at least 2,000 years older than all other known pyramids.

Other Underwater Pyramids are Found

In 1977, a mysterious discovery was made on the floor of the Atlantic concerning an unknown technology. A 650-foot pyramid was mysteriously lit up, with sparkling white water surrounding it that turned deep green, a shocking contrast to the dark black waters at that depth. The discovery was photographed by Arl Marshall's expedition off Cay Sal.

Another huge pyramid, in 10,000 feet of Atlantic water, was reported to have been found with a pulsating crystal on top of it, by Tony Benik's expedition. The group also found an opaque crystal tablet there, and reported that when a light was beamed through it, mysterious inscriptions became visible.

More underwater pyramids were found off Central America, Yucatan, and Louisiana, where domes were found in the Straits of Florida. A marble Greek style building was found between Florida and Cuba. And what about the column that radiated energy Dr. Zink found in the Bahamas and Zink also brought up other artifacts from his dives over Atlantis, and he was interviewed by Mind International agent Steve Forsberg.

Other pyramids have been explored by a Dr. Ray Brown on the sea floor off the Bahamas in 1970. Brown was accompanied by 4 divers who also found roads, domes, rectangular buildings, unidentified metallic instruments, and a statue holding a "mysterious" crystal containing miniature pyramids. The metal devices and crystals were taken to Florida for analysis at a university there. What was discovered was that the crystal amplified energy that passed through it. Perhaps this is the reason for the glass-like pyramid !