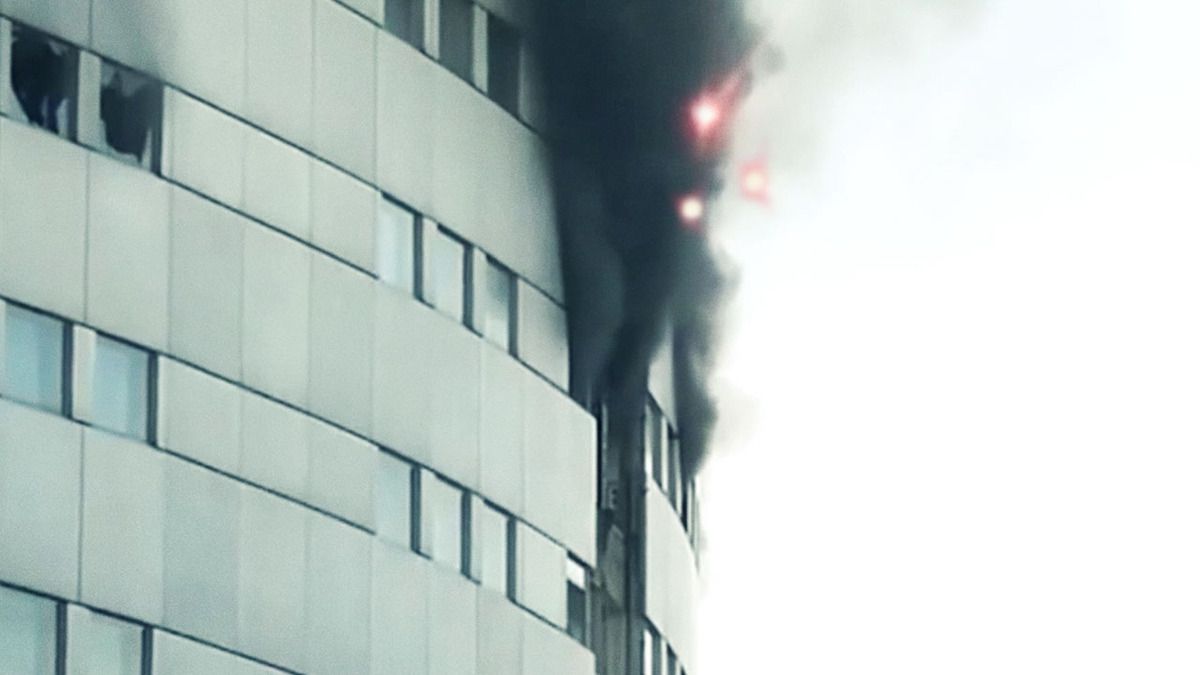 UFO FILMED DURING FIRE at FRENCH PUBLIC RADIO BUILDING in PARIS !!! October 2014... Reports are coming in that the Radio France headquarters in Paris is on fire.There are no reports of casualties.One Radio France journalist, Sylvain Tronchet, has been tweeting updates suggesting that firefighters have arrived at the scene along with a helicopter. He reports that explosions were heard before smoke began billowing from the windows of the building.